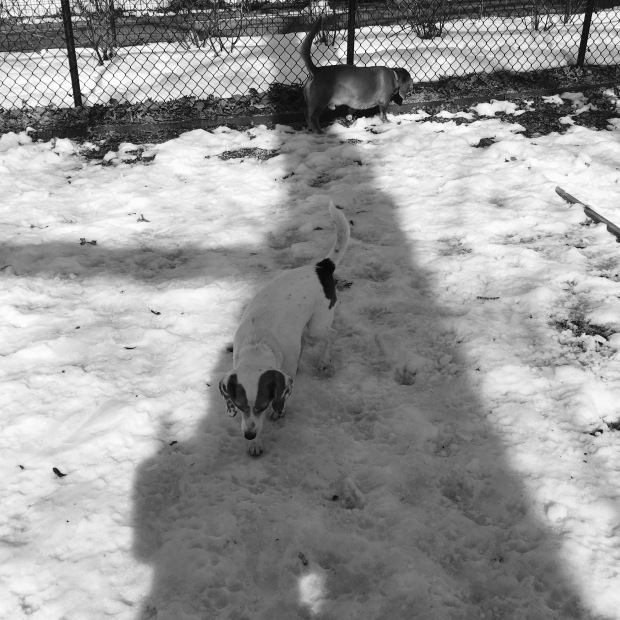 “I spoke to the woman from the same rescue group, and they had a 7 year old pocket Beagle that was listed under the Urgent category. He was at a kill shelter and looked like he just needed somebody.  He was skinny, really scared and had fleas.  The rescue group said that he looked like he had been on his own for a while.

They drove him up to NYC from Bowling Green, Kentucky.  The I saw him, he was not what I expected.  He was full of energy and squirming around.

I didn’t know what beagles were like so I had no idea what energy they have.  I thought because he was a little bit older that he would be calm.  I tried to keep him contained in a pen and that didn’t work.

Once I put him on the patio while I was cleaning the floor and he broke through the plastic screen covering a window, so he made his own doggie door.

The only scare I had with Ozzie was when he ate chocolate pudding, but he was okay.

There was never any jealously between them.  They know their pecking order.”