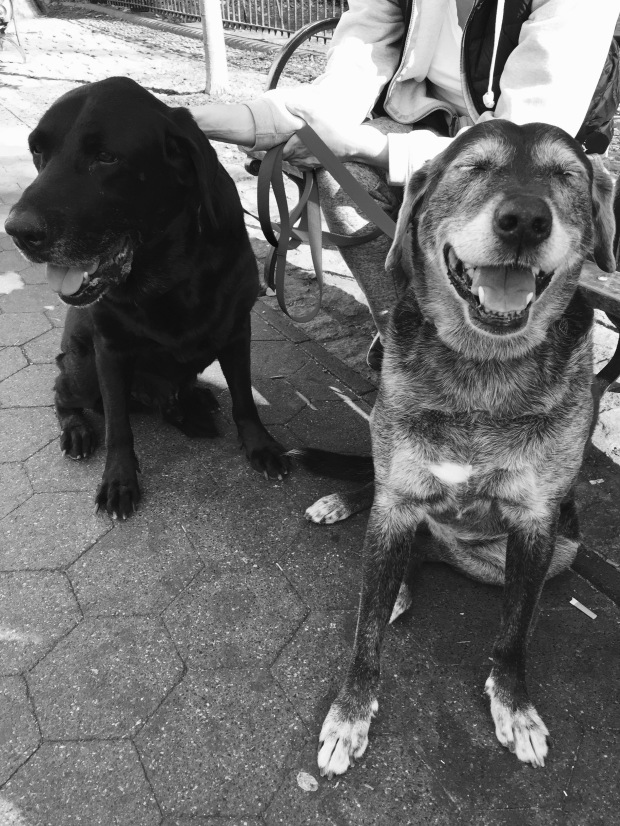 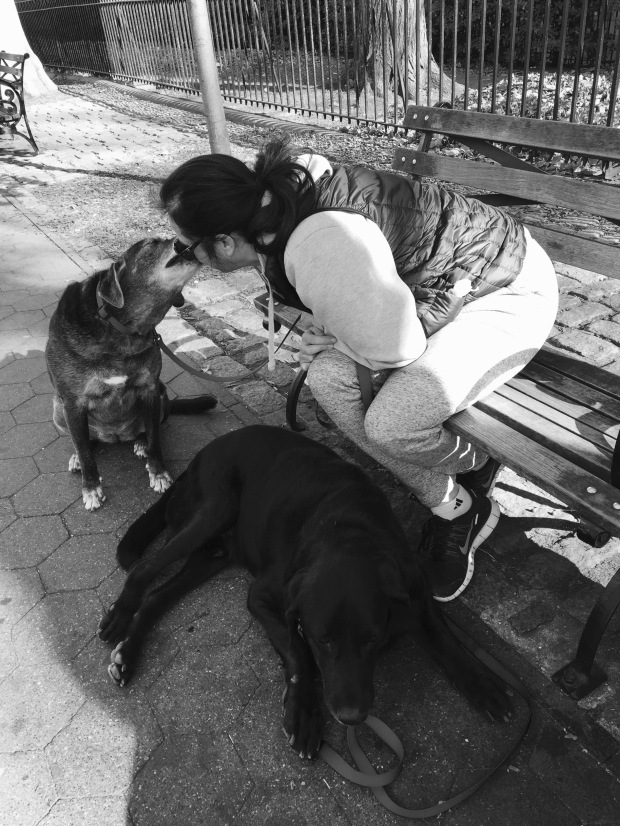 Sabrina is about eight and Lazarus is about seven.

They  were both rescues. We wanted a companion for our last lab, and we found Sabrina on a rescue site. She is from New Orleans.

Her personality was not that of a lab, so we had her DNA tested and she is 0% lab.

She is Belgian Shepherd, Beagle and terrier. Apparently, when you combine those things it looks like a small American lab.

After our lab died we got Lazarus as a companion for Sabrina.

Lazarus was found on Dead Dog Beach in Puerto Rico. He was almost dead, hence his name.

The Sato Project saved him. They try to save all the dogs from Dead Beach.

They save the ones that are adoptable and send to them to the U. S.

We got Lazarus at the end of July.

He still stands backward in the elevator staring at the wall.

I think Lazarus makes us slow down, so we meet a lot of people.

Sabrina will do anything for a treat, so we know most of the doormen in the neighborhood that give out treats.

She likes to stand on her hind legs and put her front paws on the counter when we go shopping.

Paper Source is her favorite store.

This site uses Akismet to reduce spam. Learn how your comment data is processed.